The Ingenuity of TOTO’s ECOPOWER Technology 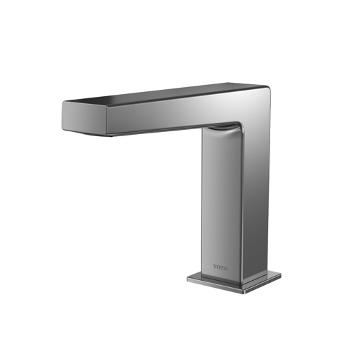 When you walk into most modern public restrooms today, you will notice that the faucets are automatic or sensor faucets. TOTO launched its first automatic faucet in Japan in 1984. Over 35 years later, TOTO has sold more than seven million sensor faucets globally, which are used in many different settings, including offices, hotels, commercial buildings, airports, train stations, hospitals, and homes. Over the years, continued innovation has led to dramatic improvements, and the latest models efficiently and effectively conserve water and energy and enhance usability and comfort.

Join us to explore TOTO’s ECOPOWER sensor faucet’s history and development and meet Hitoshi Nakao, one of the principal engineers behind it (this story was originally reported in TOTO’s Green Story in-house magazine).

It All Started with One Engineer’s Passion

In 1995, Hitoshi Nakao joined TOTO, Ltd., in Japan, as an engineer in the Development Department of the Faucets & Appliances Division. Since 2001, Nakao has been primarily responsible for the ECOPOWER faucet’s product planning. In Japan, ECOPOWER faucets are marketed as Aqua Auto Sensor Faucets. 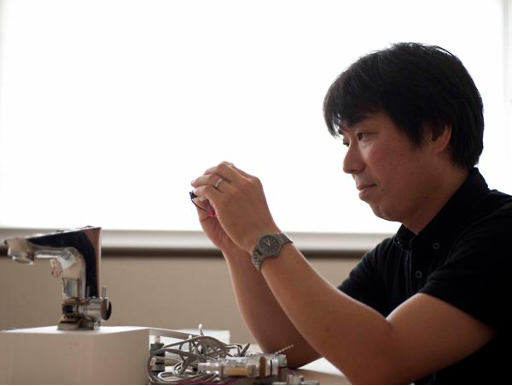 The Genius of TOTO’s ECOPOWER FAUCET

When you first look at an ECOPOWER faucet, it seems like any other sensor faucet. However, most people do not realize that TOTO’s ECOPOWER faucet is self-powered. When you turn on the faucet, the water flow rotates a small internal turbine, generating electrical energy. ECOPOWER faucets are amazingly innovative products, as the power necessary to operate their sensor and open/close magnetic valve is entirely self-generated. 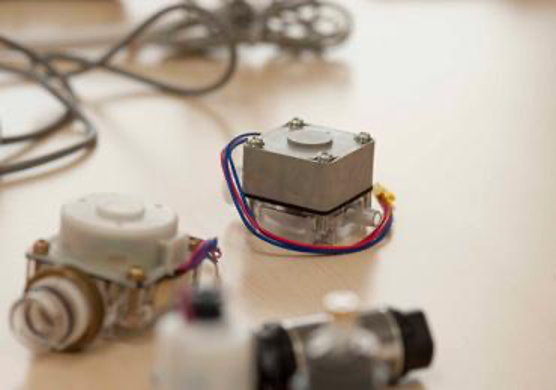 As Nakao puts it, while other automatic faucets on the market provide a cascading water flow over users’ hands, ECOPOWER’s hydro-powered turbine recharges itself using the same water flow. It stores the electrical energy in rechargeable cells and power the sensor for the following user. 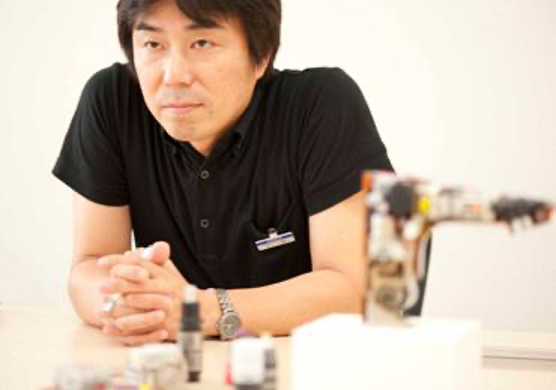 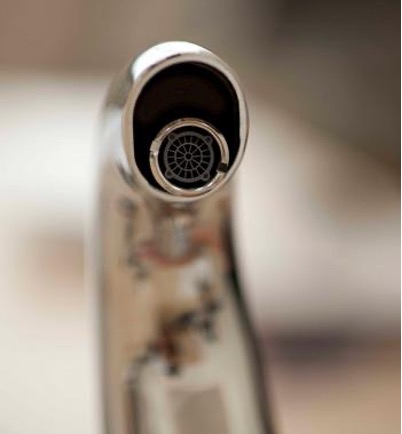 Its self-powered system is not the only incredible thing about TOTO’s ECOPOWER faucet. It also features fantastic water savings. To explain, Nakao says, the more accurately its sensor detects users' hand movements, the more efficiently the water can be conserved.

He continues, that the best way to do this was to install the sensor in the faucet's spout. However, when ECOPOWER was first developed, such a miniature sensor was unavailable, so Nakao and his team developed their own compact sensor.

Installing the sensor in the spout’s tip eliminated the lag time between users placing their hands beneath the spout and the water’s release and the water’s cessation when they moved them, which caused users both frustration and concern about wasted water. Moreover, as Nakao points out, this discreet sensor alone dramatically reduces water consumption, as water flows only when needed.

The Importance of Comfortable Use

With Nakao’s team’s spout tip sensor innovation, usability drastically improved. That is, even if a faucet can save more water, it is meaningless if users find it less comfortable and convenient than before to wash their hands. With this in mind, Nakao and his team devised a new system that supplied foaming water containing a lot of air. This aerated water radically reduced the amount of water used while significantly improving usability. With the "hyper-foamy" spout launched in 2006, users felt like they were washing their hands with abundant water, even though the actual water used had been cut by more than half that of the first-generation ECOPOWER Faucet series.

The next challenge for Nakao and his team was to include more air in less water and still create an even flow. The history of the ECOPOWER Faucet has been a never-ending quest for increased water efficiency and comfort. 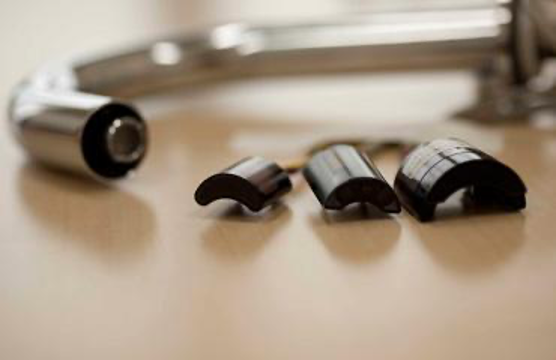 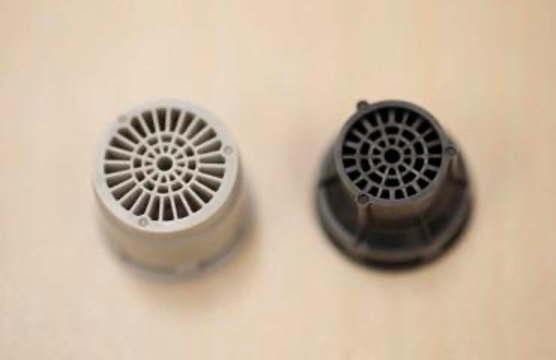 The latest ECOPOWER faucet model is self-powered by an impeller installed inside the faucet. Its development process was lengthy. As Nakao points out, we successfully reduced the power generator's size by two-thirds so it could be installed under a sink. However, there were many other challenges since a variety of functions had to be installed in the faucet. Nakao and his team remodeled nearly 150 parts of the ECOPOWER faucet’s system, refining designs and reducing their sizes as much as possible. As seen in this cross-section image, the faucet resembles a robot. 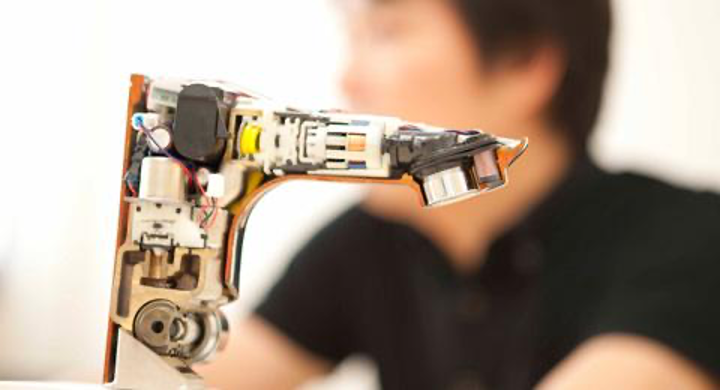 Despite the numerous challenges that Nakao and his team faced in designing the latest ECOPOWER faucet, it is clear that this technology has been a global success and is considered the best product within TOTO’s automatic faucet series.

In 2004, TOTO’s ECOPOWER Self-Generating Sensor Faucet won the Good Design Award from the Chicago Athenaeum Museum of Architecture and Design. In 2009, the ECOPOWER TOUCHLESS faucet won the prestigious iF Award. And in 2021, TOTO earned nine Good Green Design Awards across its global touchless smart-sensor faucet portfolio, including the ECOPOWER platforms. 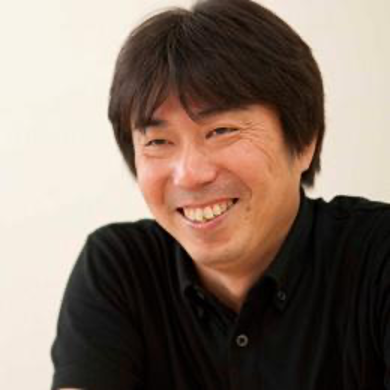 At TOTO, we make no secret of our reverence for water. We are always looking for new ways to conserve and maximize its potential. 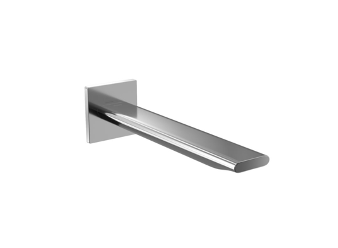 TOTO knew there had to be a way to power a sensor without electrical connections or batteries. The answer lay in the power of the water flowing through the faucet. ECOPOWER faucets do not need hard-wiring to a building’s electrical system or routine battery replacement.

How it works (Putting water to work)

ECOPOWER puts water to work by supplying the energy they consume in faucets and flushometer valves. The water’s flow spins the high-efficiency turbine to create electrical energy, which is stored in a series of capacitors to power the sensor, microprocessor, and solenoid valve. No minimum use is required.

How ECOPOWER works in Faucets:

The water-powered turbine in the ECOPOWER faucet creates an electrical current stored in rechargeable cells to power its Smart Sensor System. As a result, no minimum daily use is required. This translates into reduced electricity use, lower maintenance costs, and better ecology with hands-free, automatic shut-off functionality.

How ECOPOWER works in Flush Valves:

The hydro-powered turbine in the ECOPOWER flush valve charges its power supply during use and provides maximum performance in even the most demanding, high-traffic commercial spaces. In addition, ECOPOWER flush valves eliminate hard-wiring costs to buildings’ electrical supply and the routine maintenance costs of disposable battery replacement. 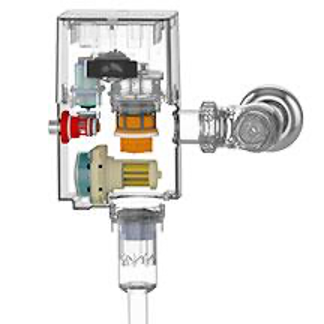 ECOPOWER Valve Technology (made to work every time):

TOTO’s piston valve technology offers a marked advancement over traditional rubber diaphragm valves. Upon activation, a micro-porous cup seal keeps the piston self-lubricated with the incoming water supply while longer piston travel and a self-cleaning 360° debris screen reduce the problems of continuous running and overflow. In addition, the piston seat will not warp or become unsealed, reducing maintenance costs. 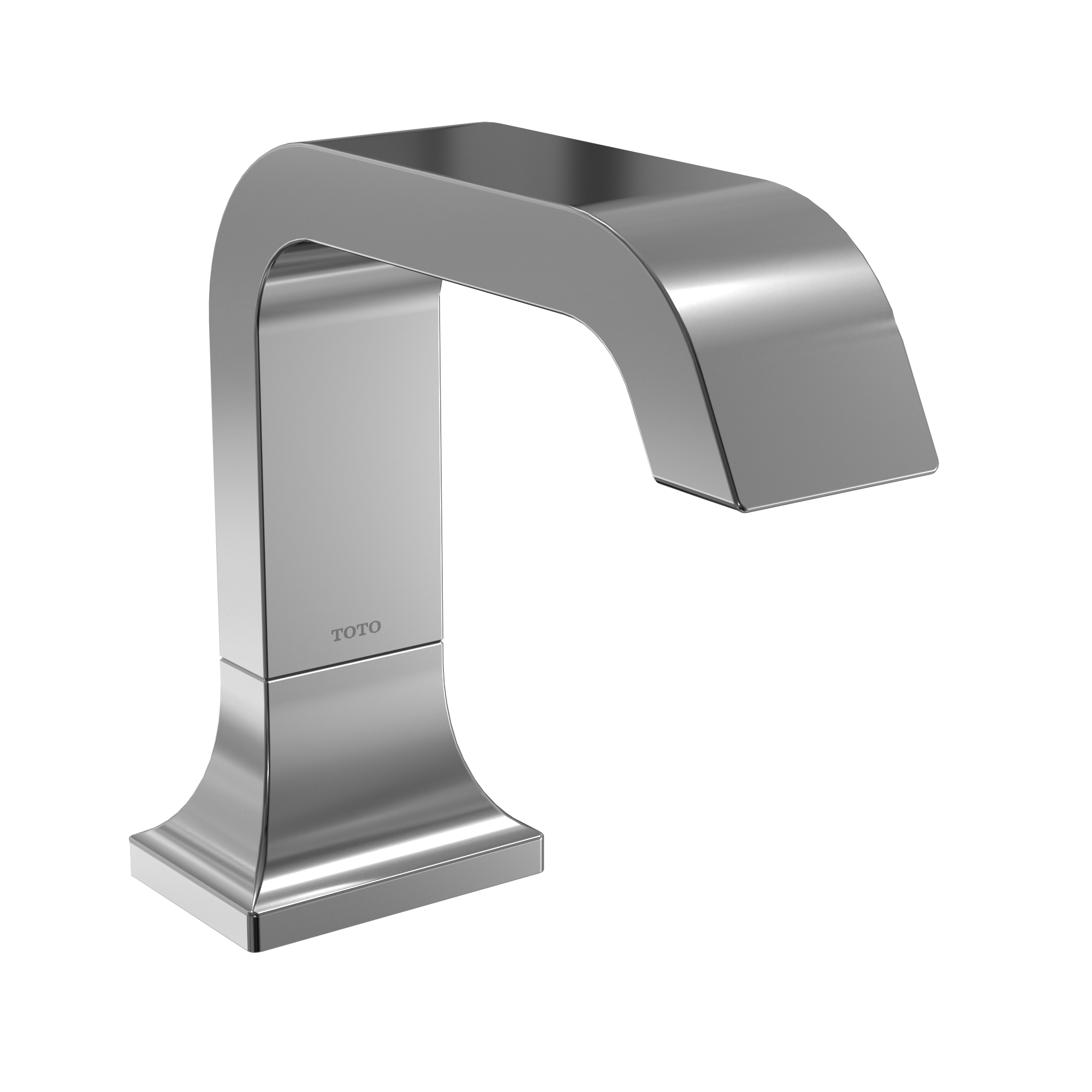 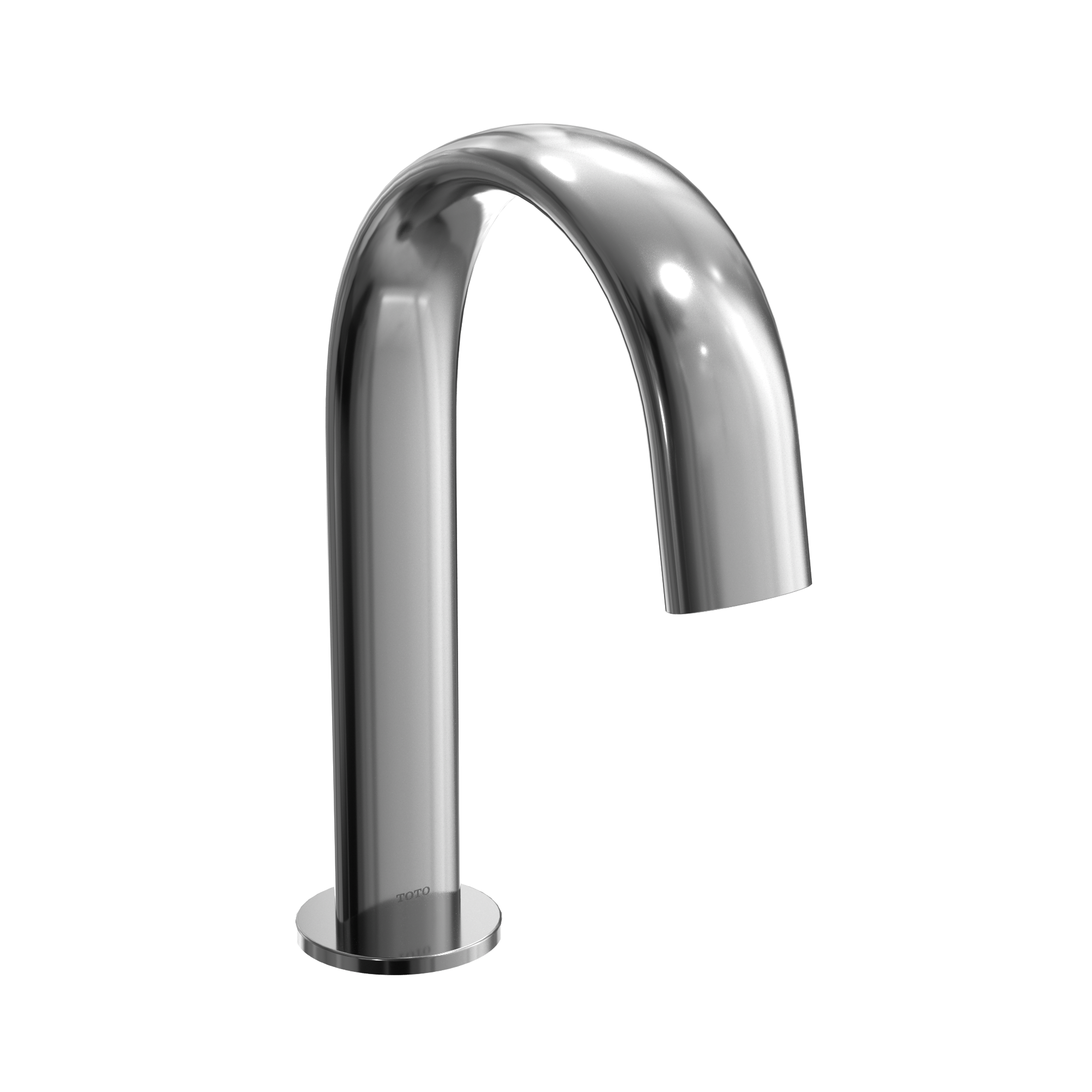 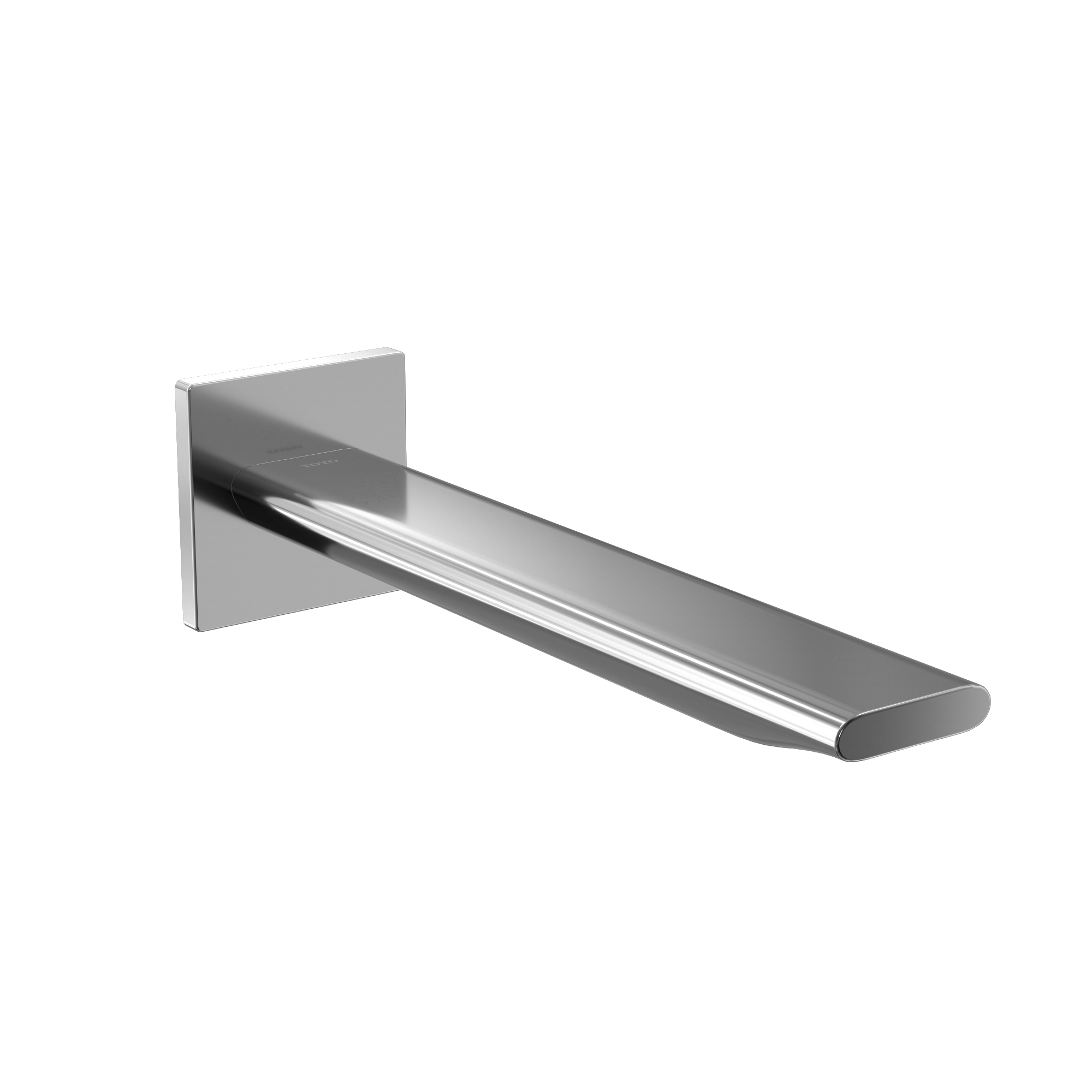