WASHLET bidet seats’ development story is one of vision, innovation, engineering prowess, and adroitly overcoming challenges. In the early bidet seat, TOTO saw a flawed product design and knew that with its dedication to innovation and superior engineering, the company could take this product back to the drawing board and successfully reinvent it. So, TOTO acquired the patent and set it to work. Join us as we look back at WASHLET bidet seats’ origin and celebrate this expedition of innovation and technological breakthroughs.

In the early 1960s, a Japanese trading company imported and began selling the Wash Air Seat, a bidet seat aimed at hospital patients and older adults with limited mobility, which prevented them from successfully cleaning themselves with toilet paper post toileting. It was being marketed in the U.S. by the American Bidet Company, where sales were disappointing. 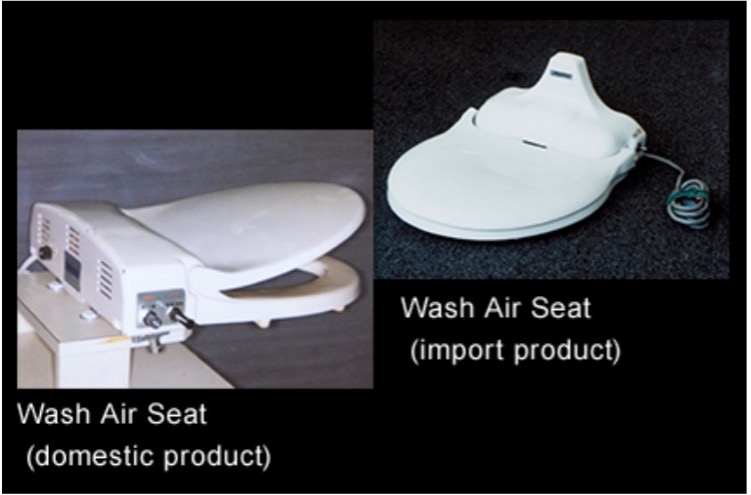 In 1967, the trading company acquired the patent and exclusive rights to the product, and they asked TOTO to become the Wash Air Seat’s domestic manufacturer. However, Japanese consumers were not happy with the product’s performance.

TOTO research and development engineers soon discovered that the product was deeply flawed. It was not user-friendly and had many technical and operational issues. For example, it used a manual switch to turn the water heater on and off, making the water temperature unstable. Further, if consumers used the warm-water spray for a sustained period, the warm water ran out, leaving them with cold water for the remainder of the cleansing cycle. Additionally, its spray wand’s water dispersion angle was inaccurate. For many consumers, the warm-water spray did not hit the target area, so they did not feel clean.

Moreover, the product had a short life cycle. After several months’ use, it was no longer operational. Plus, its price point was expensive for the Japanese market.

TOTO saw that the bidet seat concept had great potential and was ripe for reinvention. In the mid-1970s, TOTO turned its engineering prowess to designing and manufacturing a brand-new product. To 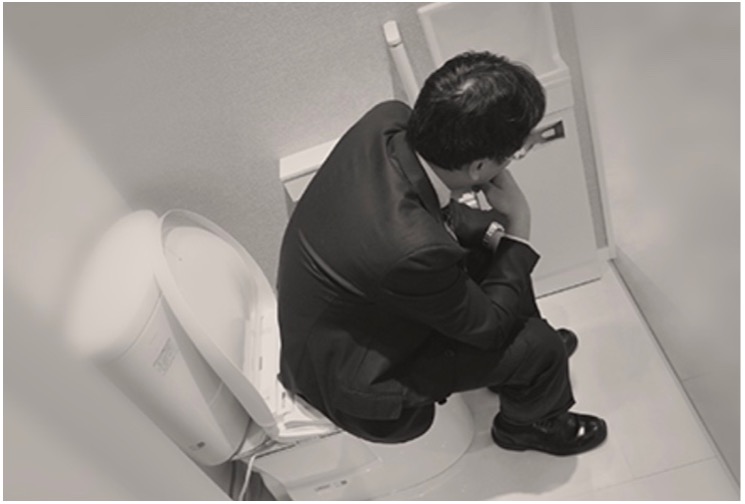 achieve this, TOTO engineers took the bidet seat concept back to the drawing board and re-engineered it.

First, TOTO tackled the issue of inconsistent feature operation and control, such as the water heater, heated seat, air dryer, and wand position. To achieve a high-quality user experience, TOTO innovated an automatic electronic operating system by designing an integrated circuit board to control them. 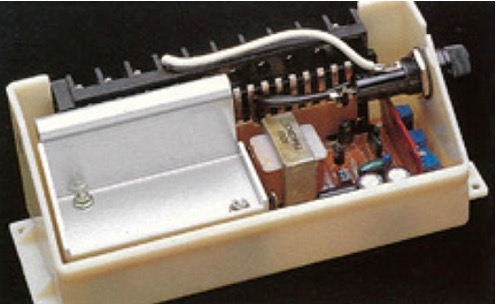 TOTO’s revolutionary innovation of an electronic operating system for its bidet seat model’s operations was a technological breakthrough that created a fusion between plumbing products and electrical devices. During this period, Japanese manufacturers were heavily committed to the research, development, and application of integrated circuit technology in product development.

Next, TOTO engineers worked tirelessly to find the ideal angle at which water should spray from the wand. Although this data was vital to the new bidet seat’s development, testing directly on an individual’s rear end was met with significant employee resistance. It was challenging to get staff members to cooperate, especially women.

In the end, however, more than 300 employees participated in the product testing and provided invaluable data, won over by the development team's passion. 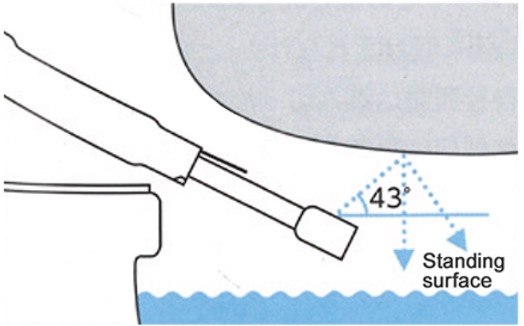 TOTO engineers placed a wire in the center of the bidet seat labeled with the position of the users’ anuses to determine if the wand’s spray was hitting the right spot. With the help of over 300 TOTO employees who tested various positions, they found it was 43 degrees, what TOTO calls “the Golden Angle.”

Not only is 43 degrees the most comfortable and precise angle for cleansing water spray, but also, from an antibacterial and antifouling perspective, this 43-degree angle prevents water or matter from splashing back on the wand (43 degrees for the anus and 53 degrees for front washing female genitalia).

The Integration of Water and Electricity

The more difficult issue was technology to detect changes quickly and accurately in temperature necessary for the bidet seat’s functions to maintain the right amount of heat.

The answer TOTO engineers decided was an integrated circuit controller, better known today as a microchip. TOTO’s innovative electronic integrated circuit technology enabled its engineers to precisely control the temperature of the warm-water cleansing spray, heated seat, and warm-air dryer, each of which required quick, accurate activation for every use.

However, there was a considerable obstacle when the electronic circuit board was to be installed in a bidet seat. It had the potential to get wet, creating an electrical short. As TOTO engineers studied the problem, they were inspired by traffic lights that operate without interruption during rainstorms. Accordingly, they innovated a special resin and coated the circuit board with it, preventing it from getting wet. 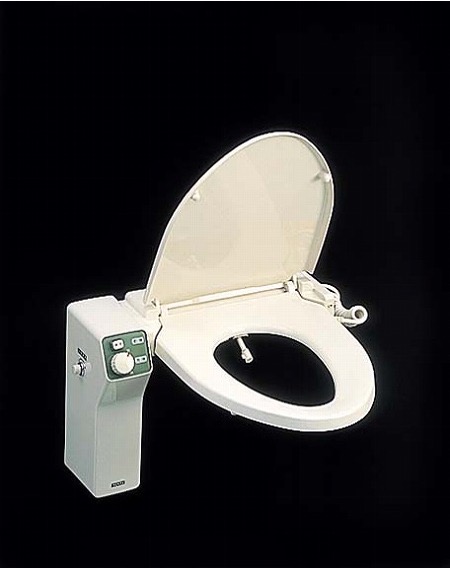 In 1980, TOTO launched the first luxury bidet, which it named WASHLET G. WASHLET is a neologism drawn from “Let’s Wash,” and G stood for “gorgeous.” Initial sales were extremely favorable, and the product nearly sold out after its launch due to high consumer demand.

Then, TOTO faced a tremendous challenge. Although the initial response was very positive, without warning, TOTO began receiving a large number of consumer complaints that the warm-water spray became cold water only after less than three months of use.

TOTO’s then President Katsuji Yamada made the courageous decision to address this crisis by replacing every product rather than repairing them. This bold decision earned Japanese consumers’ trust and helped drive WASHLET bidet seat’s success. Consumers could see that TOTO stood behind its products and was dedicated to providing them with the highest-quality products possible. Moreover, TOTO would replace a product if it failed to operate effectively.

Soon after WASHLET G’s launch, TOTO began airing television commercials in primetime. Toilet products’ television advertising was rare, so TOTO’s ads drew a lot of positive -- and negative -- attention. Nonetheless, TOTO’s president strongly believed that awareness-building through consumer education was crucial for a disruptive product like WASHLET, so he stayed the course in the face of negative feedback from some consumers.

To develop its WASHLET advertising campaign, TOTO hired Takashi Nakahata, a famous creative director. Nakahata rose to prominence for successfully promoting other disruptive products. Nakahata drew on a simple insight that TOTO communicated in its creative brief as the inspiration for the advertising campaign: “When your hands get dirty, you don’t simply wipe them with paper, do you? You wash them. Bottoms just want to be cleaned.” Nakahata hired a famous actress known for her distinctive, free-spirited style to deliver this singular insight. The disruptive nature of TOTO’s WASHLET television commercials created strong word-of-mouth buzz and generated tremendous consumer awareness.

Another challenge that TOTO faced was that once people became aware of WASHLET, they usually needed to try it several times before purchasing one. To make test driving its WASHLET bidet seat convenient, TOTO deployed demonstration vans equipped with WASHLET to many plumbers’ locations, so they could invite customers and the community to see and experience WASHLET. TOTO also conducted a “trial-period” promotion, which enabled consumers to return their WASHLET if they were unhappy with their experience. As a result, most customers who took advantage of the trial period bought their WASHLET.

TOTO’s dedication to continuous innovation has had its downside, too. Inevitably, it inspires imitators, and WASHLET is no different. However, when it comes time to purchase, consumers choose WASHLET as TOTO is known all the world over for its products’ high quality and reliability. Furthermore, the company’s dedication to superior after-sales service is unparalleled.

Since its introduction in 1980, WASHLET has advanced a culture of everyday cleanliness and comfort across the globe. In 2019, TOTO announced that it had sold more than 50 million WASHLET units worldwide.

One of the best things about a peaceful, refreshing WASHLET experience is that it is available nearly anywhere consumers travel because WASHLET is offered in fine hotels around the globe.

As we have seen, with the launch of WASHLET, TOTO established an entirely new personal care product category and ignited a worldwide revolution in personal hygiene, from wiping to washing. Far superior to the paper alternative, WASHLET provides consumers with the kind of clean that makes them feel more refreshed, rejuvenated, and confident than they have ever felt after a bathroom break.

This blog post is heavily indebted to TOTO, Ltd.’s website section entitled, WASHLET – Innovation Each Day for the World – Tracing the Struggle between Water and Electricity. 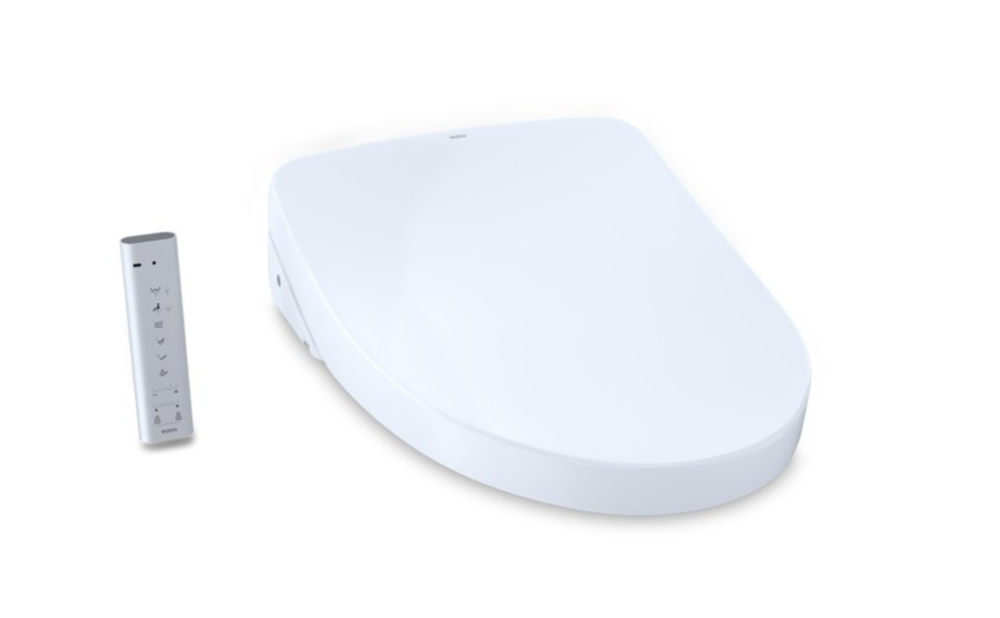 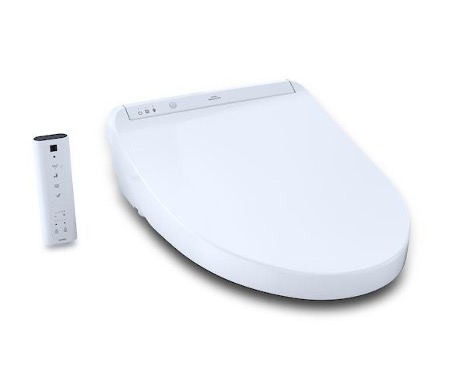 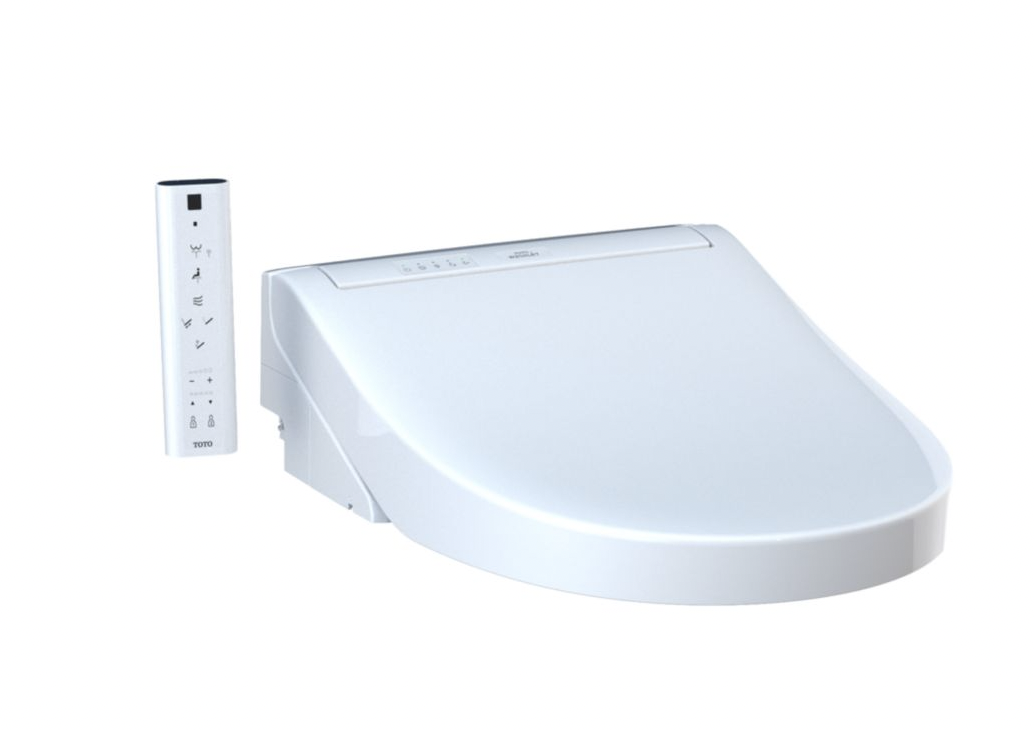