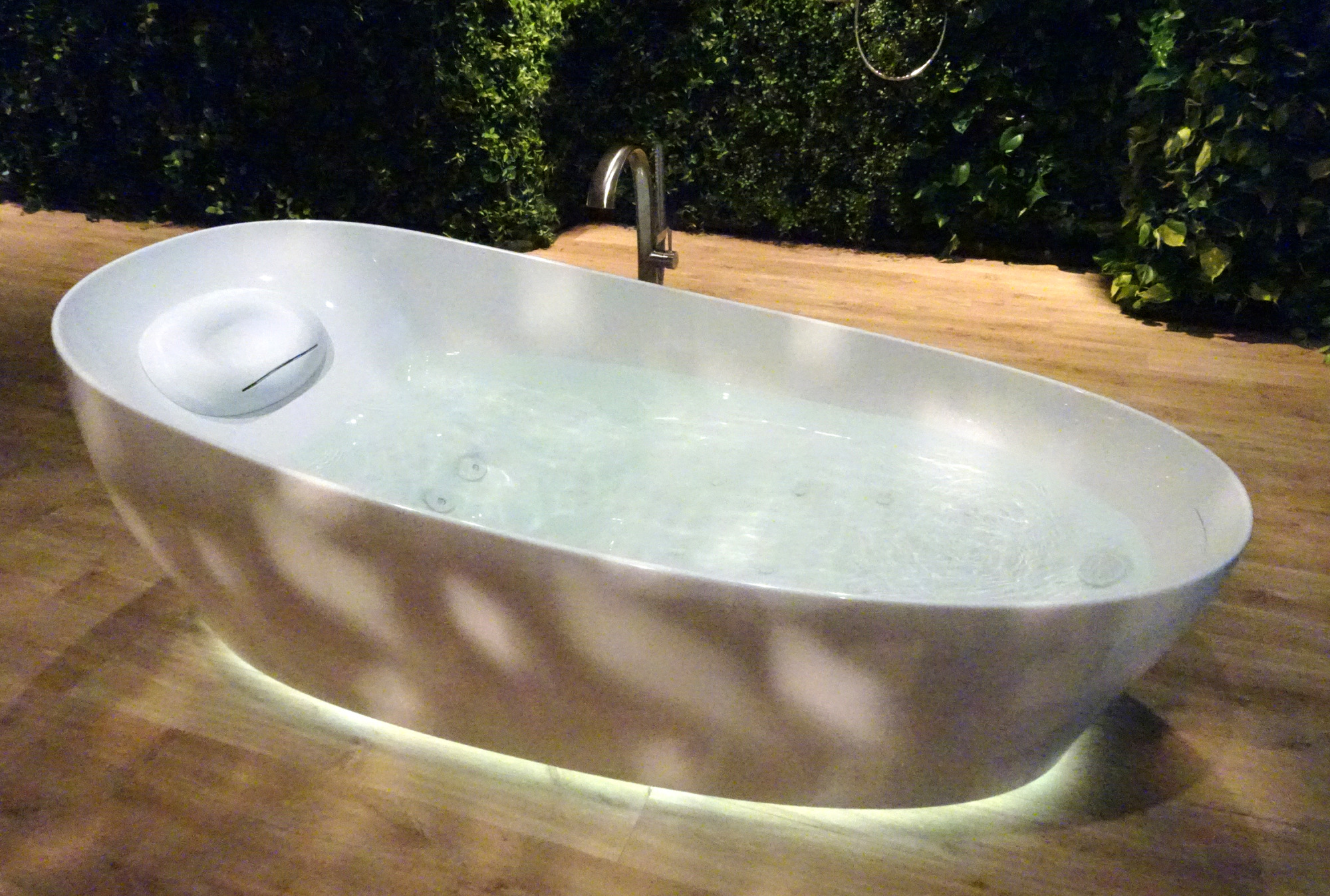 If You Like Japan's Toilets, You'll Love Their Bathtubs

By Kazunori Takada and Grace Huang

The company on Tuesday unveiled its cradle-shaped Flotation Tub that aims to bring about "ultimate relaxation" by inducing a trance-like state. The high-tech tub is inspired by flotation therapy that aims for low-frequency brain waves and was revealed at an industry fair in Frankfurt.

The Flotation Tub, which hasn’t yet been priced, is expected to go on sale before next April. It will be aimed primarily at high-income consumers overseas in Europe, the U.S., the Middle East and China, a first for the Japanese company that’s marking its 100th anniversary this year.

"Until now, our thinking has been to come up with ways to sell to the overseas markets products that were developed for Japan. But now, we’re trying to develop products aimed at overseas markets," Toto president Madoka Kitamura said in an interview in Tokyo on March 7.

Toto, founded in 1917 in the southern city of Kita Kyushu, set out to introduce western-style toilets to Japan at a time when squatter-types were common. The latest data, from 2012, show it controls 54 percent of the market for warm-seat toilets in Japan, with younger rival Lixil Group Corp. holding 24 percent, according to industry researcher Japan Journal of Remodeling.

The Washlet series, introduced in 1980, is now gaining traction in Asia, especially among the Chinese who have chosen it as among the most popular items to bring back from a trip to Japan.

Toto booked a 44 percent increase in net income to 35.7 billion yen ($311 million) in the last fiscal year ended March 2016, a reversal from a 43.8 percent decline recorded in the previous year. Toilets are a key engine of growth although it does not provide a breakdown of sales by products.

Some features of Toto’s high-end toilets include: auto-flush, self-cleaning and odor control by spraying a special liquid on to the bowls. Some specialized toilets sold to hospitals include those that can measure the amount of urine. The company’s researchers employ supercomputers to calculate the water flow to ensure that its feature-laden commodes deliver a comprehensive flush using the least amount of water.

The Flotation Tub is designed to put its bathers into a low-frequency brain wave state approaching what people experience in sleep, Kitamura said.

"We asked around our researchers, ‘When do you come up with ideas?’ and many said when they were taking baths," according to Haruo Tsutsui, Toto’s manager of products R&D. "We believe relaxation stimulates the brain allowing ideas to pop up."

Tsutsui said his team, which includes some with degrees in health-related studies, conducted more than a hundred tests to pinpoint the perfect balance between floating and lying down.

Toto has been selling bath tubs, mainly for the Japanese market, since 1958. But the Flotation Tub isn’t designed for the average Japanese bather, who would normally sit in their bathtub. It measures over 2 meters in length, about 50 percent larger than the typical size sold in Japan, allowing the bather to stretch out. 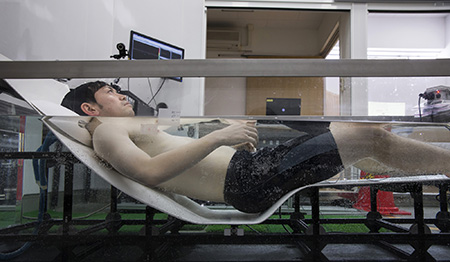 Unlike most Japanese bath tubs, which are rectangular in shape, the Flotation Tub is rounded. It comes with an adjustable pillow which allows the bather to lay back with legs stretched out and with water massage functions to help with relaxation.

Faced with a shrinking population at home, Kitamura said Toto wants to lift its overseas sales from 22 percent now to 50 percent, though he declined to specify a time frame.

The Flotation Tub epitomizes Toto’s efforts to create globally-competitive products, Kitamura added, stressing how much it focused on the design element to cater to the high standards of European customers.

A big challenge facing Toto in European markets is the lack of a proper distribution network, said Daisuke Fukushima, an analyst at Nomura Securities.

"It’s not just the product and its quality. It’s also important to have a network of companies that can properly install these products. So it’s different from a manufacturer who simply sells a commodity."

While Toto focuses on making products through its own production lines, Lixil has expanded rapidly by acquiring competitors both at home and abroad. Lixil bought American Standard Brands in 2013 and German company Grohe Group in 2014, pushing up its overseas sales to 25 percent of total compared with zero just three years ago.

Toto isn’t considering any acquisitions aimed at increasing overseas market share, Kitamura said, but is open to any deals that would open new doors.

"While we believe we are the most advanced when it comes to technology in this field, if there are companies that have innovative technology that we feel would allow us to provide better service, I think it would be worth it," he said.