What is a Rough-in?

The toilet rough-in, generally measured in inches in the United States, is the distance between the back of the bathroom’s finished wall and the center of the toilet drainpipe’s opening, which usually has a plastic or cast iron lining, called the flange. There is typically a wax ring around it. If you mismeasure this distance, your new toilet may not fit correctly, or there will be too much space between the toilet and the back wall of the bathroom.

The standard (or at least most common) toilet rough-in distance today is 12 inches. However, older homes, and even modern homes, may come with 10” or 14” rough-in distances depending on the size and shape of the bathroom. For example, a 10” rough-in is more common for smaller apartment bathrooms or powder rooms. Either way, it is best not to assume and to determine the distance with a tape measure.

How to measure your rough-in distance: 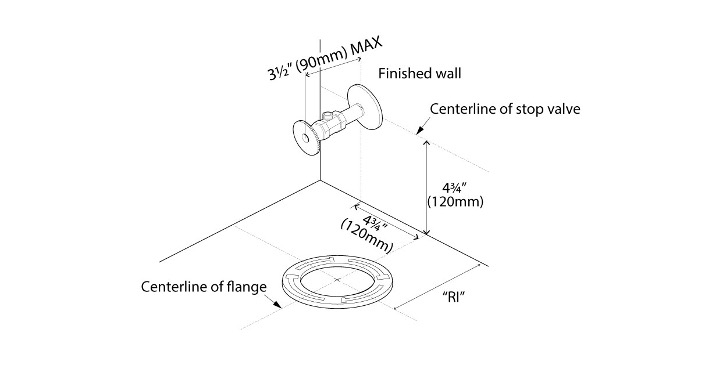 Generally, it is recommended that you purchase a new toilet with the exact rough-in measurement as the original toilet. A bathroom refresh or renovation project that requires the rough-in distance to be changed is quite complicated, and thus, costly. The bathroom floor must be opened up, which may entail breaking through the concrete. Of course, other considerations must be taken into account, including the water line, drain line, and pipes.

While it is possible to replace a 14” rough-in toilet with a 12” rough-in toilet, this will leave a sizable gap between the toilet tank and the bathroom’s finished wall, which will do nothing to save space in a smaller bathroom.

Unless, of course, you have a TOTO Unifit Rough-in.

TOTO’s Philosophy of Innovation always starts with people, determining what they need, and how to make their lives cleaner, healthier, less complicated, and more beautiful. With this philosophy as a backdrop, TOTO designed the easy-to-install Unifit Rough-in well over twenty years ago, allowing select TOTO skirted toilets to be adapted to the existing rough-in distance. 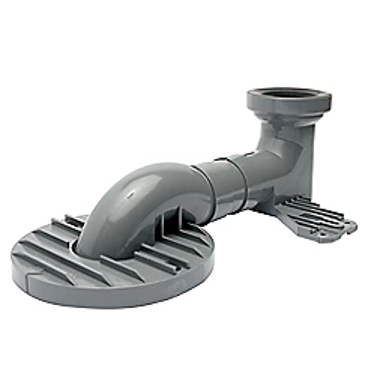 Not only does TOTO have beautifully designed, high-efficiency toilets with the highest-performing flushing systems, but TOTO has also considered the various situations in which you might want a toilet with a different size rough-in than your original toilet.

Perhaps you live in an older home with a 14” rough-in, but you want to purchase a modern skirted (or concealed trapway) toilet with a 12” rough-in. Then, instead of you living with a two-inch gap between the toilet tank and the finished wall (or using a two-by-four behind the toilet tank for support, which is not recommended), you can convert the 14” rough-in to a standard 12” with a TOTO skirted toilet and Unifit rough-in. TOTO’s Unifit rough-in will replace the lower half of your new TOTO toilet’s trapway and adapt to the existing rough-in distance. As a result, TOTO’s Unifit rough-in alleviates the dreaded gap between the tank and wall and saves you inches of space in the bathroom, which can be quite beneficial for older, smaller bathrooms. 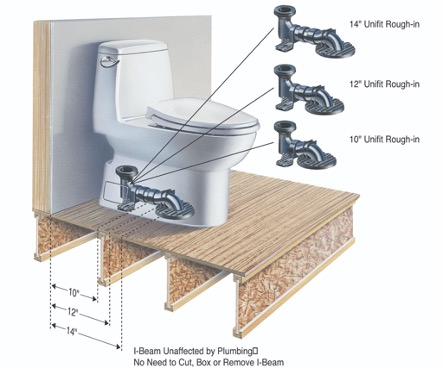 Or perhaps you made a mistake and ordered a 12” rough-in TOTO skirted toilet instead of one with a 10” rough-in toilet. Then, you can use the 10” Unifit rough-in adapter rather than shipping the toilet back. And these benefits come without the complicated and expensive project of moving the water line, drainage line, or pipes! 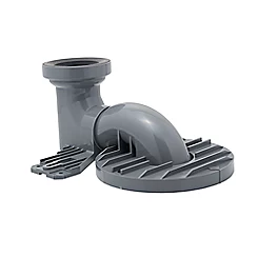 While other companies often address different rough-ins by offering toilets with thicker tanks to reduce the gap between the tank and wall, TOTO utilizes its innovative Unifit rough-in to adjust the position of the whole toilet. For example, the TOTO Carlyle II skirted toilet does not come with a specific rough-in dimension, so you can choose between three different Unifit rough-in adapter lengths (the standard 12” Unifit is supplied). This means that this skirted toilet model can fit three different rough-in sizes – 10”, 12”, and 14”. Talk about flexibility!

TOTO prides itself on innovations that help real people. So while a toilet’s rough-in might be the farthest thing from your mind on a day-to-day basis, when it comes time to renovate your bathroom, you know that TOTO has your back. And you’ll be glad that TOTO thought deeply about toilet rough-ins for you!

TOTO offers three Unifit rough-in lengths for select skirted toilet models. Please consult product specifications, as Unifit rough-in adapters are not compatible with all TOTO toilet models, and some toilet models do not offer all adapter lengths. The kit includes hardware to secure it to tile or wood floors. However, you must purchase the wax ring and floor drain bolts separately. 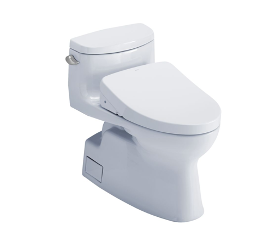 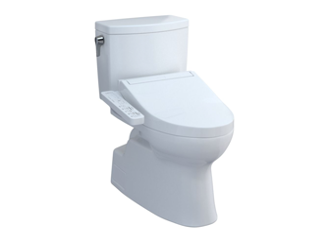 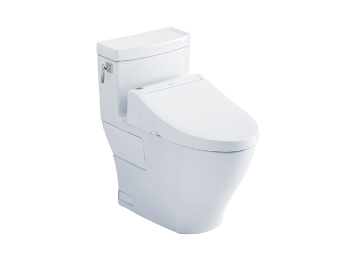 chevron_left Back to TOTO Tips